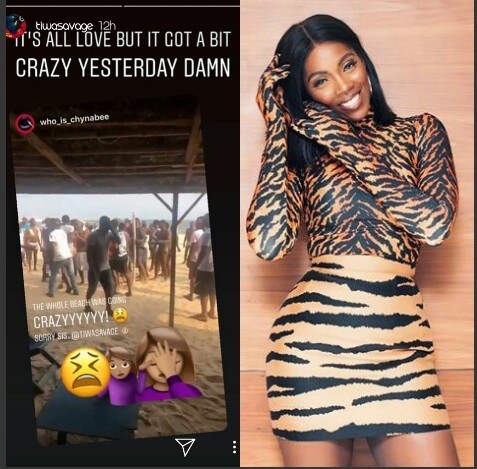 Tiwa Savage in tears as she escapes a mob attack at the beach yesterday.

The Singer who went to the beach with her friends, nearly escaped mob attack when she was about leaving the said beach in Lagos.

On sharing how the event panned out on her insta story, she wrote;

“IT’S ALL LOVE, BUT IT GOT A BIT CRAZY YESTERDAY DAMN

Going Beyond Amazon: A New Model for Authors, Retailers, and Publishers