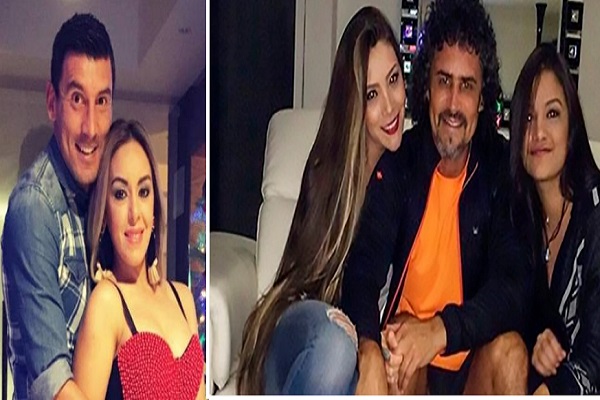 But the model has since denied the rumours on social media, saying “I assure you it’s completely false. “From my side, it’s clearer and I hope people from the club clear up the situation at some point. “The truth is that we have nothing to do with the situation, we are unconnected with what happened.”

Alvarez is yet to react to the cheating allegations but his assistant Ruben Dario Bedoya told reporters: “We came to training at 7.30am but they didn’t let us go in. “It doesn’t seem professional to us, it’s shocking treatment. It surprised us because if a decision is made, one must be allowed to enter and take their belongings. It’s disrespectful.”

Libertad’s lawyer Gerardo Acosta claimed Alvarez had neglected his “power of management over his staff and players”, but did not mention specifics.

He told a press conference: “It has been decided to end the working relationship with Leonel Alvarez and his technical staff for motives only linked with the fulfillment of his contract.

“Alvarez’s contract establishes a series of obligations, one of which deals with his power of management over his own technical staff and the squad of players, along with his relationship with the Governing Board.

“Incidents happened last week which made us consider these obligations unfulfilled.”

He added: “All the stories that appeared are the product of the fantasy of malicious people, who want to affect the reputation and good reputation of players and families of the club.”

Beginner: Are you stuck in programming should not do

My microwave is too small to fit the microwave popcorn bag

‘My marriage to Tonto Dikeh became a movie script’ – Olakunle...

Melbourne calling: Three reasons why you should visit it

It’s not just about EndSARS at this point, it’s become a...