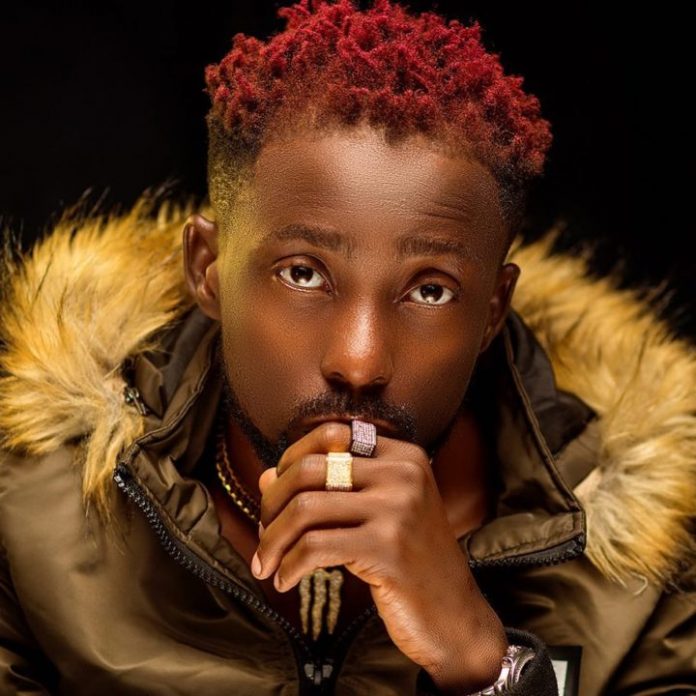 Nigerian Hip Hop artiste Erhiga Agarivbie a.k.a. Erigga has narrated how getting into the Nigerian music industry saved his life from dangerous activities on the streets.

Erigga who is fondly called `Eribaba’ by his close associates narrated how he survived a tough childhood to attain stardom in the industry.

In an interview with German broadcasting network, DWtv, Erigga, narrated how life was for him as a child growing up on the streets of Warri, Delta, South-South Region of the country.

The Warri born rapper talked about how he sold drugs around the corner, went to jail and also how music saved his life.

“THE CITY BRINGS OUT THAT TOUGHNESS IN YOU; YOU HAVE TO BE STRONG TO SURVIVE OUT HERE, IT IS REALLY TOUGH, THERE IS NO OPPORTUNITY.

“WE SOLD DRUGS AND GOT INTO TROUBLE WITH THE LAW; BUT AT SOME POINT AFTER I WAS RELEASED, I DECIDED TO EXCHANGE THE DRUGS FOR THE MICROPHONE.


“THAT DECISION CHANGED MY LIFE TOTALLY AND HELPED ME MOVE OUT OF THE HOOD AND ONLY RETURN OCCASIONALLY, THIS TIME AS A LOCAL CELEBRITY.
“I NEVER SAW THIS COMING; ALL I WANTED WAS TO GIVE MY PEOPLE VOICE; WHAT I RAP ABOUT IS BASICALLY THE STRUGGLE THAT EVERY WARRI AND NIGER DELTA YOUTH GO THROUGH EVERY DAY,’’ HE SAID.
The rapper who started his music career in 2010 is progressively getting the recognition that his hard work and regularity deserves.
He raps majorly in Pidgin, a dialect that helps tell his story better. Erigga has two albums to his discography `Trip To The South’ in 2017 and `Okorowanta’ in 2018.


The first child in a family of five, twice nominated at the Headies Awards 2018 in the `Lyricist on the Roll’ and `Best Rap Album’ Categories.
While his past singles like `Industry Nite’ enjoyed critical reviews, it was his collaboration with Victor AD, on the song `Motivation’ that brought him success on the commercial front.
Erigga now performs at sold out concerts with his music getting played at major events across the country.
He said his success was an inspiration to every child back home that nothing is impossible if they believe.
NAN

Workout Routine for Big Forearms and a Crushing Grip

80-year-old woman enrolls in primary one, says she hopes to become a teacher